The Western zone of the country is where the highest population density is recorded, most trading is located in around the suburbs of the west zone. The zone manages to hit a balance between the natural escapes and the commercial establishments. Specially the suburbs and the far western side of the coast is rich in bio diversity and gives a shape of the suburban coastal living. History related, the western zone is a major part of the former Kotte Kingdom and then had been active parts of the colonial ruling like Dutch, Portuguese and English. Throughout and now the zone has been and is undergoing rapid changes to its infrastructure and modernity. The population density is at 5,821,710 where the demographic cross section is headed by Sinhala Buddhists and Tamils ranking second, the other ethnicities take almost an equal minority share. The climate of the zone is mixed and depicting of tropical weather which consist of rainfall and sunshine at an equal stand. There is sun mostly year round and Mach to May and October to November is monsoon seasons with a heavy rainfall. The Western zone provides the highest contribution to the Gross Domestic Product contributing 41.2% of the Provincial Gross Domestic Product(PGDP) and has a nominal PGDP growth rate of 5.8% as of 2015. Agriculture only made up 1.7% of the GDP the lowest among the nine provinces while Industrial sector made up 34.6% the highest in the country and service sector represented 56.5%. being the metropolis of the country the zone is a mixture of food and celebrations of all cultures. From Buddhist celebrations to Christian celebrations even to international festivals like Holi is celebrated around the zone and particularly has a depicted interest every day for the tourist eye.

Wadduwa is a town in the Western Province of Sri Lanka. It is situated on the western coast of Sri Lanka, about 33 km south of Colombo. It spans from 30.5 to 36.5 km area along the Galle Road, 4.5 km to the land side and 1 km to the seaside. It is also famous for its rich cultivation of coconut palms and as a major producer of toddy and vinegar. There are few historical places in the area such as ancient Buddhist temples. Wadduwa is popular for the products made from coconut fiber such as brooms and carpets. Wadduwa is governed by Panadura Pradeshiya Sabha.

Kalutara is a busy district capital renowned for its basket making. To guard the spice trade the Portuguese built a fort on the site of a Buddhist temple in here. The temple itself spreads along a Bo tree on one side of the road, and the dagoba and the worship places are on the other side. The dagoba, which is worth visiting is a hollow and pilgrims can walk inside it. Kalutara has a huge stretch of fine sand with Wadduwa to the North being home to area’s top resorts. A little off the main city is the popular elite home, “The Richmond castle” which was earlier owned by one of the mudliars.

Beruwala marks as the spot where first Arab Muslim settlers have landed around the 8th centaury. Kitchimalai mosque on a headland 3km north along the beach from the main hotel area, is worth seeing: it is a major pilgrimage center at the end of Ramadan since there is also a shrine of 10th century Muslim saint, looking east from the mosque, Beruwala Harbor is an interesting place to watch the fishermen unload their catch. The fish market is busy early each morning. The popular hotels are located away in the opposite stretch of the shore. Beruwela came into the tourism spotlight for its specialized Ayurveda hotels that was introduced in the late 80’s & 90’s to focus on total wellness, of the tourists from the western part of the world.

The borderline between Western and Southern provinces is complete with tourist based pitstops and attractions. The area is known for ayurvedic healing centers and South of Bentota, along the Galle road towards Induruwa is an area that feels less of a tourist ghetto, where the natural beauty of the coastline returns. Here are some of the most sumptuous places to stay in the entire island from high end luxury Five stars to boutique villas as the trend for these days.

Kosgoda’s 4km stretch of beach has the highest density of turtles nesting in the country. The turtle conservation project is involved in giving financial assistance from the UNDP to protect 1km of the beach with the assistance of former nest poachers, retrained as “nest protectors” and tour guides. There is also a hatchery here. Similar to Induruwa, the fishermen are paid a slightly higher premium for the turtle eggs than elsewhere, whilst the eggs are buried in the same batches as they were laid. This care program aims to protect sea turtle eggs and increases hatching rates. Not only doing hatching, these centers also treats disabled Turtles. Arrive at between 5 & 6pm and you can help release the few baby hatchlings into the ocean which is a great highlight on a tour to Sri Lanka.

The Southern part of the island where the famous Bentara river meets the ocean is prominent and known for water sports and is basically a paradise for the same. Among some of the popular water sports are snorkeling and diving/ banana boat and tube rides/ windsurfing/ jet skiing/ water skiing/. There are specific water sports centers purpose built for supplying water sport services to the clients. Bentota water sports are a must try to everyone who is a thrill seeker on a Sri Lanka holiday.

Brief garden is a secluded garden space built by Bewis Bawa, the brother of Geoffrey Bawa, the popular architect. The garden is inspired by Geoffrey’s style of architecture giving the private feeling to anyone who walks and is complete with nicely fringed gardens, ponds, aptly placed door and hidden in seats which intentionally are built to disguise. The 20 acre garden of Brief has not changed one bit from its original design in the 80’s. The house in the middle of the garden and the living surrounded by it is also deeply moved by the architecture style of Geoffrey Bawa.

The country house of Geoffrey Bawa along the Dedduwa lake was a rubber estate being bought during the year 1948 and is being considered as a complete garden home along with an architecturally prominent housing unit. Lunugange is a remodeling of Italian Renaissance gardens, English landscaping, Japanese garden art, & the water gardens of ancient Sri Lanka. tucked in the deep of shrubs, foliage and lake serene are statues and structures of iron, stone, concrete and clay bringing out the architectural standpoint creativity of Geoffrey Bawa himself.

In the southern state of Sri Lanka lies a river so special known to be a complete bio system. The reverse end opens into a lagoon and the river is known for safaris on a boat showcasing islands which are known for different landscapes. Madu river is believed to had about 64 islands in total but most of them have sunk under the river water. Out of the 25 islands which is seen popped out 15 can be reached from a boat and they are known for different specialties such as cinnamon trader manufacturing; a temple and fish therapy are few tourist attractions while you go on one of the boat expeditions to Madu river for approx 1.5 hrs.

It is a great attraction to see birds, monkeys, fish, crocodile, jungle, mangrove forest, a Buddhist temple on an island and a place showing how cinnamon is obtained from the cinnamon branches. We would recommend taking the trip early in the morning due to 2 facts: more animals to see as they are not yet hidden from heat, no so many boats on the river and lake making noise and startling wildlife.

Purchase some fresh, high quality cinnamon to take home as a souvenir. Make sure to visit the outdoor fish massage parlor, where you can dangle your feet into a fenced part of the river to get treated by the massage fish. You will have to pay for your ticket for the fish massage at the deck as it isn’t included in your tour package due to a personal choice for most.

A pleasant stretch of beach is being developed with a number of new hotels and guesthouses that are opening up. Attractions in the area consists of several turtle hatcheries. Induruwa offers a calm and a clean beach spot in comparison. The nearby water lagoons and the Maadu River both house amazing and abundant species of Sri Lankan flora and fauna, making Induruwa attractive for tourists interested in the natural environment and bird watching. Do not forget to visit Turtle hatcheries which conserve the turtles inhibiting the Sri Lankan oceans and conserving the hatch until the hatchlings are out.

We’ve selected a range of accommodation options when you visit the West Zone. Our choices usually come recommended for their character, facilities, and service or location. Our specialists always aim to suggest properties that match your preferences. 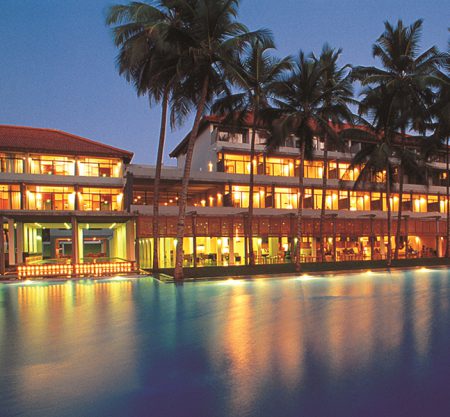 The Blue Water Hotel and Spa 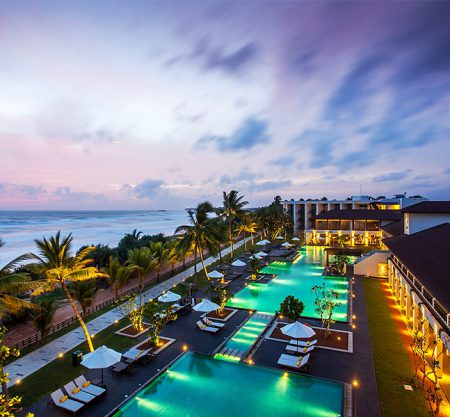 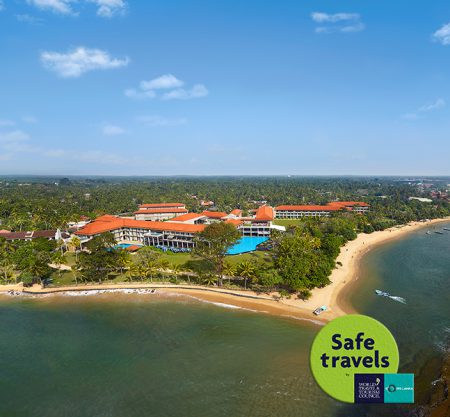 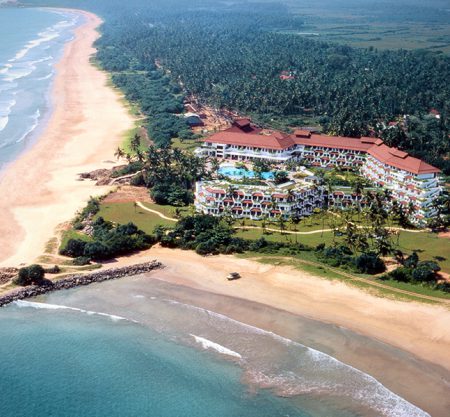 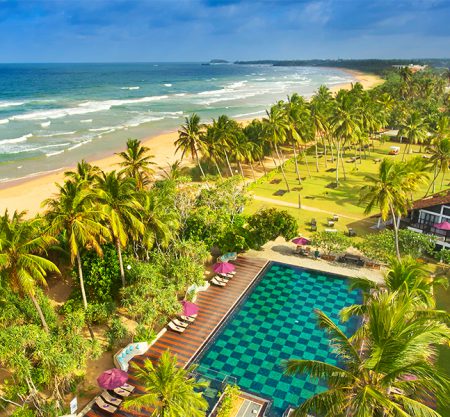 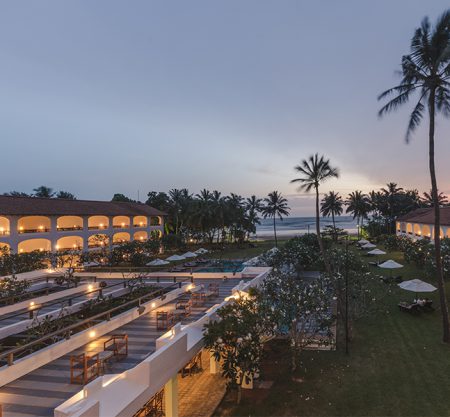 Heritance Ayurveda, Beruwala
0 /5 Not Rated No Review
from $0.00/night
Bestseller 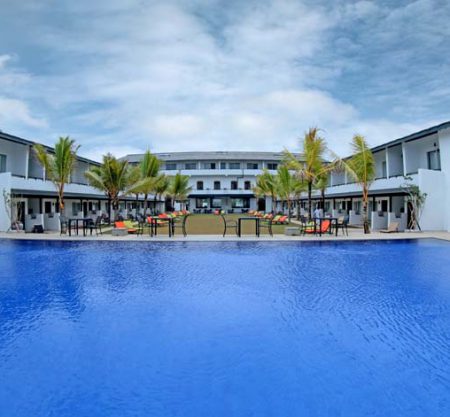 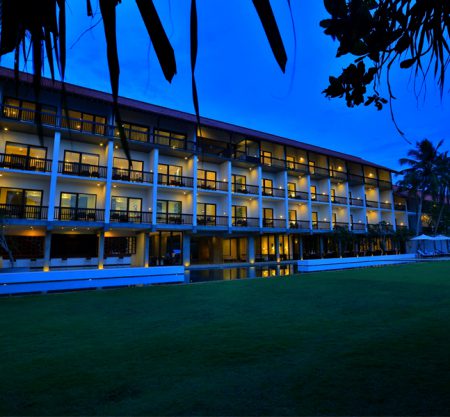 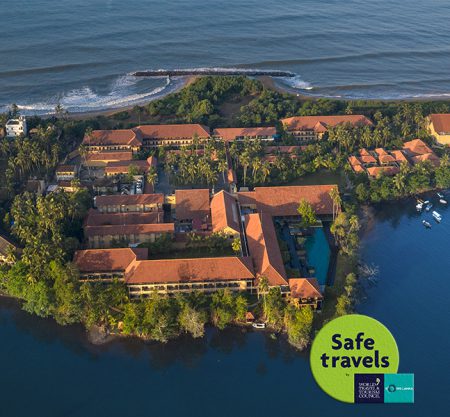 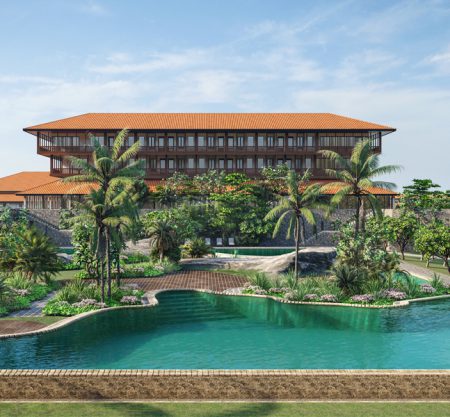 These sample itineraries will give you an idea of what is possible when you travel in the West Zone, and showcases routes we know work particularly well. Treat this as inspiration, because your trip will be created uniquely by one of our specialists. 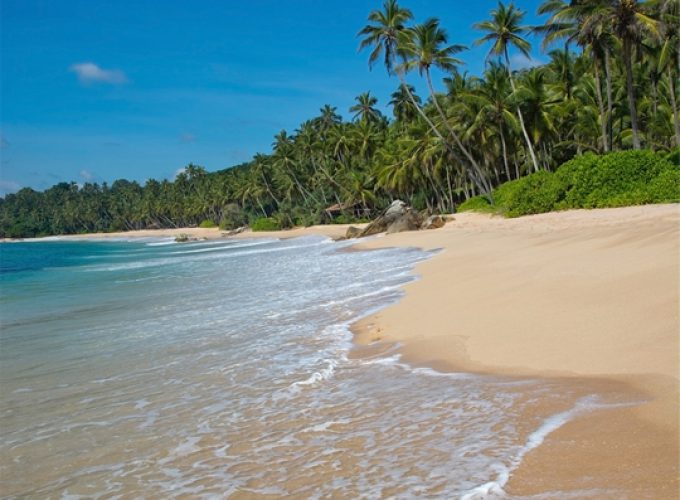 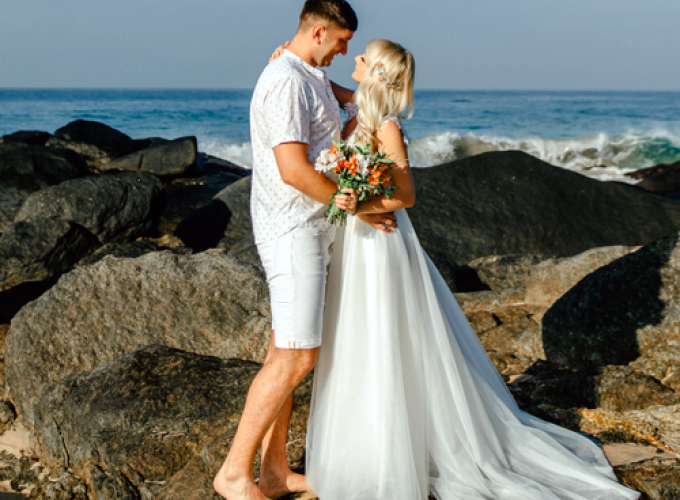 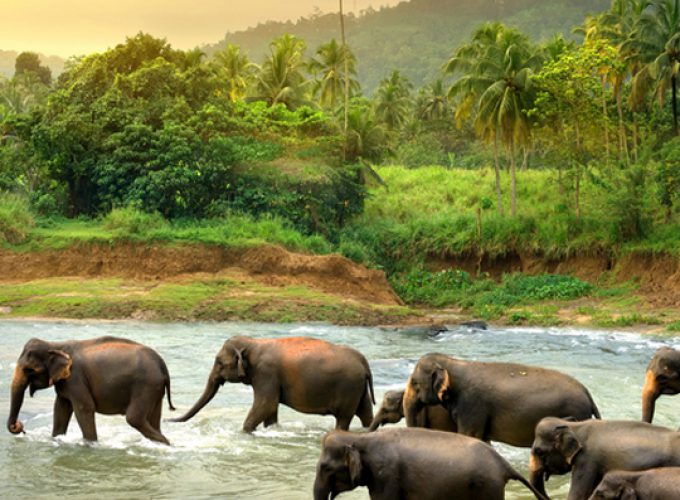