The Eastern Zone of the country and the East Coast is known for its sea, touristic attractions, history and social offerings. Geographically the zone is dominated by water bodies and thus lagoons are some of the most popular tourist attractions. Having quite a diverse population cross section, Sri Lankan Tamils and Moors dominate the demographics in the zone. Total area is 996 km2 and the population is 1,551,381 (2012 stats). In the East, the wet season is mostly cloudy, the dry season is windy and overcast, and it is hot and oppressive year round. Over the course of the year, the temperature typically varies from 30°C to 34°C . The best time of year to visit is from May to October. Eastern zone is also one of the five first administration divisions to the country. All throughout the zone different worship places belonging to all ethnicities are present, these include the Hindu Kovils, Christian churches, Muslim mosques and Buddhist temples which relates to the time in history and now where all belonging to ethnic groups live in peace. The Eastern Province has a primary agriculture based economy and is commonly known as the “Granary of Sri Lanka”. It contributes 25% of national paddy production, 17% of national milk production and 21% of national fish production. The Industrial sector contributed 34% of the Province’s GDP and export processing zones like the Trincomalee EPZ and Sampur Heavy Industrial Zone have been developed to boost the Industrial sector alongside the Trincomalee Harbour which is being developed for Break bulk, Bulk cargo and industrial activities including heavy industries. The food and the culture is as vibrant as any part of the country can be, food and festivities belonging all cultures are spread around the zone.

Being one of the most iconic natural harbors on earth, Trincomalee is known for its naval advantage. Later being isolated due to the civil wars of Sri Lanka, the town in existence now has its bruised side and the beautiful sites to console.

Same as Jaffna, Trinco too is inhabited mostly by the Sri Lankan Tamils and their identity is seen all among the city, among the most rated attractions are the Koneswaram Temple, a Hindu temple stationed atop of a cliff, Fort Fedrick and the Fort from the Dutch period in ruins still stands as how strong of a naval it has been. Buddhist sights are also scattered around Trinco and one of the most iconic of them is the Seruwila Temple.

Trinco is known for its beaches while Nilaveli beach, Marble Beach and the Dutch Bay Beach are plusses for that icon. Among the clear beaches is Pigeon Island, one of the two of Sri Lanka’s marine protected reserve, baby sharks and corals are a popular sight in this since snorkeling is one of the main attractions in Pigeon Island.

A few hundred meters off the shore, Pigeon Island is one of the two marine national parks in Sri Lanka. It is covered with rocks but offers some shady stretches and offers snorkeling to view corals and fish. The spot is good for diving too. The island is named after blue rock pigeons who breed here. As with all national parks in Sri Lanka, the various fees and charges are myriad and can add up. The local boat owners association, Nilaveli Private Boat Service, has a hut next to the park office where you can arrange trips. Most dive shops offer trips here, as do many hotels. The busiest times to visit are May to September.

Kattankudy and Navalady Peninsula is a natural formation out of sea and is a distinct advantage to its naval base. The town is also blessed with its fair share of Catholic (mostly), Buddhist in Hindu shrines, the town also has a fully pledged Museum and a Lighthouse remaining from the era of conqueror ruling.

Popular among the tourist as a popular surfing point, Arugambay. Known worldwide for the shallow and smooth waters the bay has to offer, Arugambay can be easily recognized as Sri Lanka’s most popular and most internationally known beach destination. International surfing association holds surfing competitions at Arugambay. After the civil war stopped in 2009 Arugambay is even more peaceful and is brimming with tourist hotels and attractions.

Apart from the famous surfing point, the destination has a lot of other attractions to offer, Buddhist temples such as Muhudu Maha Viharaya and Magul Maha Viharaya, the Potuvil Point and Crocodile Rock to name a few. Diving, Bird Watching and Wildlife is also some other activities to embark on while being on Arugambay.

A bay lying in between two headlands and is known around the world as an excellent surf spot. Tourists come here just for the surf. With a clean wall of surf allowing up to 400m in the season, it gets rather crowded. If not in the season bay goes completely out and quiet and most beach places close down, if not the Bay beach is more towards a laid out, chill beach with hammocks and small cafes in the area.

Another famous destination in the east coast of Sri Lanka, Pasikuda has a stretch of uninterrupted clear beach and a perfect spot of the beach. May to September is the best time to visit Pasikuda. The shore also has a coral reef that guards the beach.

Pasikudah remained off limits for a long time, thus being one the best of beaches hidden. Pasikudah’s fine 4km sweep of horseshoe shaped bay, is reminiscent of that in Unawatuna in the South. Though the beach is narrower the sea is clear up to about 500m ashore. The beach is clear and is just like made for beach baths and sun bathing. Other than that this famous stretch is also available for deep sea diving and coral reef snorkeling

The Yala East National Park commonly known as Kumana has been topping the list of bird watchers since its inception. The focus is the wetland formed by the Kumana Villu, fed by a channel of Kumbukkan Oya when a sandbar forms at the mouth of the river in the dry season. In recent years, the tank hasn’t been able to fill with sufficient water killing off part of the mangrove. Large flocks of Painted Stork are commoners at the park, while many other resident and migratory birds can be spotted. The park has a smaller Elephant population, along with Deer and Wild Boar.

This small NP is good for watching birds and large Elephant herds. Lying between Gal Oya and Yala, the park is part of the “elephant corridor” for the elephant population to move freely across the South Eastern part of the island. The Lahugala, Mahawewa and Kithulana tanks that attract numerous species of water birds, while in the dry season herds of 100 or more Elephants are drawn to grass that grows in shallow tanks. The best time to watch them is the afternoon.

This magnificent park was established to protect the catchment area of the Senanayake Samudra, an enormous reservoir created in 1948 by damming the Gal Oya. Still parts of the national park is visited by the Veddas for their daily herb and medicinal collection. Gal Oya NP is famous for its elephants and varieties of birds. Out of which White Bellied Sea Eagle and Crocodiles holds a priority. Gal Oya National Park is famous for it’s boat safaris operated by Wildlife department and the most practical way of going on a boat safari is  joining at the starting point, which is Siyabalanduwa, that is halfway through on Monaragala – Arugam Bay road. The best time to go on the boat safari is at 6 AM or at 3 PM when the sunlight is not too harsh.

Nilaveli is Sri Lanka’s longest beach, and was very popular before the war strike. The straight wide strip of inviting white sands, backed by screw pines and Palmyras which provides shade, stretches for miles, and the beach’s gentle waters are safe for swimming outside the period of North Eastern monsoons. The boom in tourism bought together some very promising resorts in and close to the impeccable beach and is well managed at the moment.

We’ve selected a range of accommodation options when you visit the Eastern Zone. Our choices usually come recommended for their character, facilities, and service or location. Our specialists always aim to suggest properties that match your preferences. 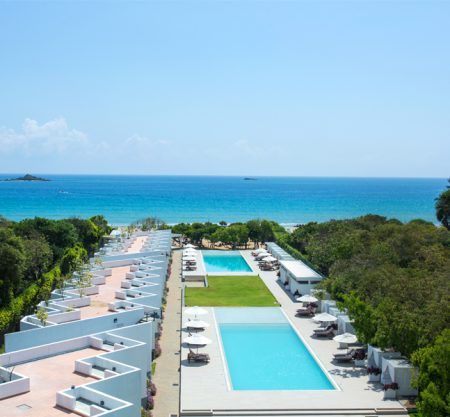 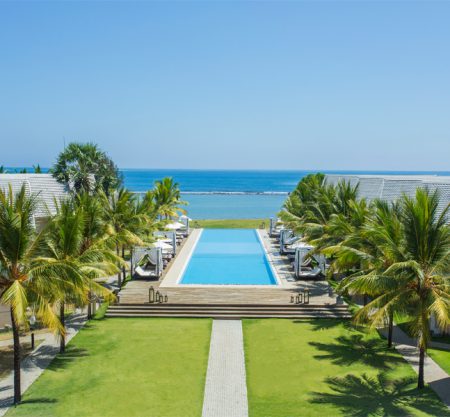 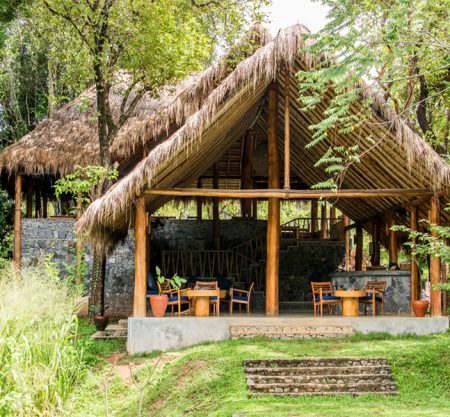 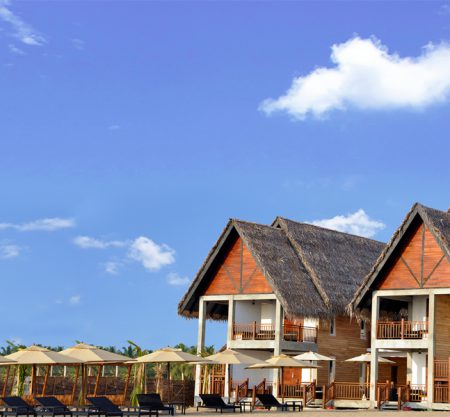 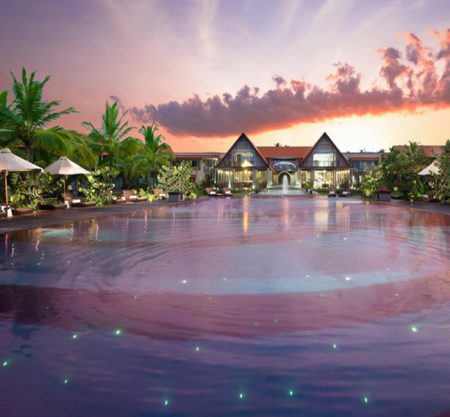 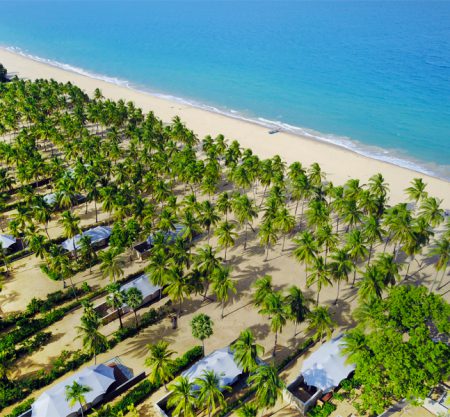 Karpaha Sands, Kalkudah
0 /5 Not Rated No Review
from $85.00/night
Bestseller 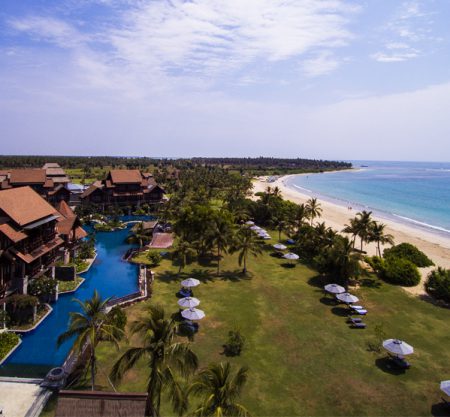 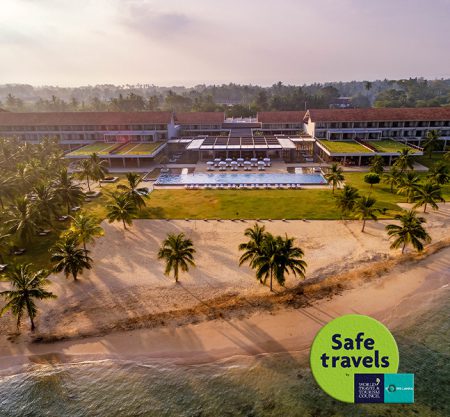 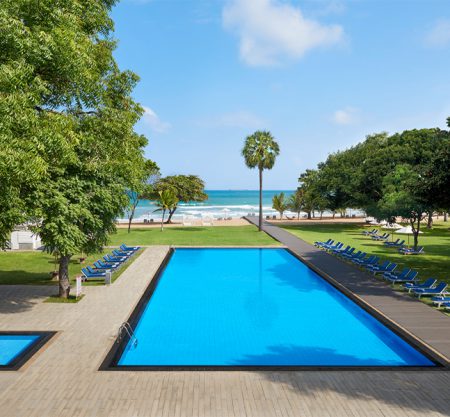 Trinco Blu, Trincomalee
0 /5 Not Rated No Review
from $60.00/night
Bestseller 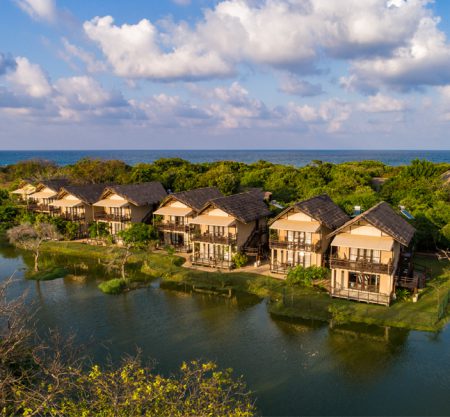 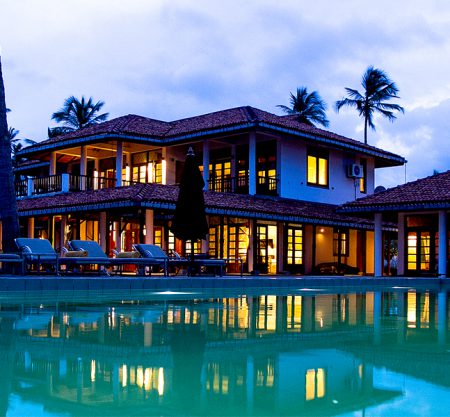 These sample itineraries will give you an idea of what is possible when you travel in the Eastern Zone, and showcases routes we know work particularly well. Treat this as inspiration, because your trip will be created uniquely by one of our specialists. 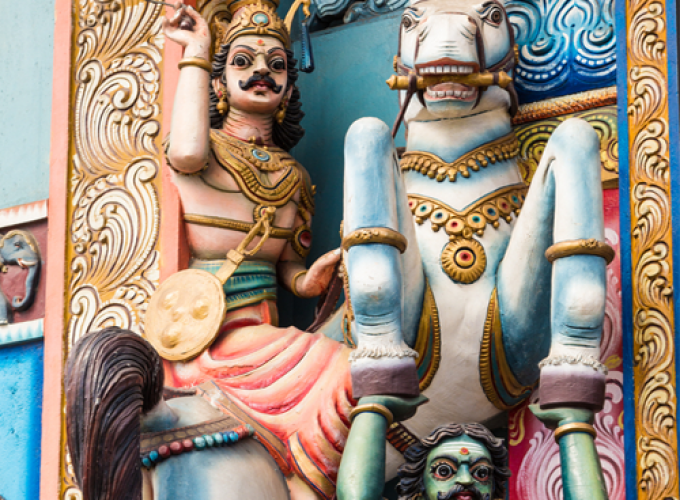